The gathering, described by president Fred Towns as the company’s “most significant annual event,” brings together merchants, vendors and industry thought leaders for two days of presentations, product showcases, keynotes and social activities as the industry gears up for the back-to-school and holiday seasons.

This year’s Summit, to be held at the Loews Hollywood Hotel, will take a deeper look at smart-home technology and ways to win in the home-control category. Aiding in the process will be new interactive experience sessions and hands-on product demos that will also embrace the audio, gaming, VR, small appliance, PC/mobility, drone and wearables categories.

The Summit, added Towns, “continues to provide valuable insight to help our partners succeed in consumer technology year after year. We are pleased to return to Hollywood this summer and look forward to delivering exciting new experiences and content to our customers.”

Read the full article on TWICE.com

Related: Fred Towns On The New Age Of Synnex

New Age Electronics, a leading distributor of consumer electronics and gaming products and services and a division of SYNNEX Corporation, announced today that it will host its eighth annual Retail Dealer Summit July 17-19 in Hollywood, CA. Retail Dealer Summit is a two-day event complete with product showcases, educational sessions and keynote speakers, networking opportunities with top retailers and vendors, and presentations by industry experts.

“Retail Dealer Summit is our most significant annual event and continues to provide valuable insight to help our partners succeed in Consumer Technology year after year,” said Fred Towns, President, New Age Electronics. “We are pleased to return to Hollywood this summer and look forward to delivering exciting new experiences and content to our customers.”

Retail Dealer Summit includes opportunities to learn about the latest products and trends in Consumer Technology to help retailers prepare for the back-half of the year and a successful holiday season. The summit highlights hundreds of top products across today’s hottest categories including home control, audio, gaming, virtual reality, small appliances, PC and mobility, consumer drones and wearables. Attendees will also learn about opportunities in the expansive PC gaming market.

This year’s event will take a deeper look at smart home technology and ways to achieve success around home-control offerings. New interactive experience sessions will offer an opportunity to hear from industry experts on key topics such as electronic software download, shippers and displays, and logistics. Through hands-on learning, retailers will leave equipped and ready to increase their bottom line.

Read the full article on Dealerscope.com

Tech retail may be a crapshoot these days, but New Age Electronics believes that a properly merchandised assortment of home automation, muscular laptops, drones and AR/VR – offered through an omnichannel retail platform – are the closest things to a sure bet this year.

That was the key takeaway from the CE and gaming distributor’s annual Retail Dealer Summit, held last week at the Encore Las Vegas under the theme “Live It In Control.” 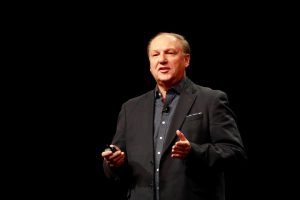 The event drew merchants from Walmart, Lowe’s, HSN, B&H Photo Video and the NATM Buying Corp., among many others, plus a contingent of New Age vendor partners including Amazon, HP, Lenovo and Microsoft, who displayed their latest wares at an onsite exhibition.

In between, guests were treated to a series of presentations that underscored the Summit’s connected-home theme, stressed the importance of innovation and disruption, and provided a peek at innovations and trends to come.

New Age president Fred Towns kicked off the proceedings with a rundown of what’s hot at retail, including voice-control, smart appliances, AR/VR, drones, robotics and PC gaming, with sales of the latter up 36 percent alone over the last five years.

Towns said New Age can help dealers succeed in today’s hypercompetitive market by offering a full array of popular categories and products, and the tools to sell them across all retail channels, along with critical services like merchandising, product bundling and data analytics.

“We see so much growth opportunity,” Murai said.

One such untapped opportunity is in gaming, a pursuit, said Thulium CEO Tamara McCleary, that’s pursued by more than half of all women (52 percent), and by 70 percent of ladies between the ages of 18 and 30.

Both McCleary and futurist Nicolas Webb also underscored the need to disrupt one’s own business as well as the marketplace with innovative new takes on old “punitive” approaches. By way of example, Webb cited two new services that dispense with torturous office waits: Doctor On Demand, which provides online physician consults, and Opternative, which offers online eye exams and lens prescriptions with 99.9 percent accuracy.

Speaking of the latter, attendees had a chance to brush up on their swings under professional tutelage later that evening at Topgolf Las Vegas, an open air driving range where dinner, clubs and cocktails were served up in equal portions.

The Retail Dealer Summit returns to Los Angeles next summer. 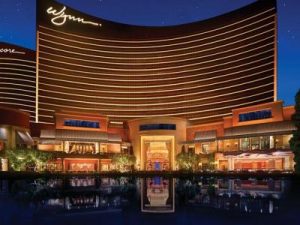 New Age Electronics, the national CE and gaming distributor, will reprise its annual Retail Dealer Summit this summer at the Encore Las Vegas.

Now in its seventh year, the three-day conference features product exhibitions, educational sessions and keynote speakers, as well as networking opportunities with top retailers and vendors, and presentations by industry experts.

END_OF_DOCUMENT_TOKEN_TO_BE_REPLACED

It’s certainly not easy staying on top of the mad rush of innovation in the tech and appliance industries, which keeps the nation’s distributors on their toes.

Clements came to the Montgomeryville, Pa.-based business from Judge Technology Solutions, a commercial integrator, where he served as an account executive for the past five years, and before that spent 10 years as an account manager and sales engineer at World Wide Stereo, the acclaimed Pennsylvania-area A/V and custom-installation specialty chain.

END_OF_DOCUMENT_TOKEN_TO_BE_REPLACED

What a great event it was. A special thanks to all our vendors sponsors and to all our top retailers that came out and made this event such a success.

Here are some of the vendors who showed their wares at this week’s New Age Electronics Retail Summit. Be sure to look for more coverage on dealerscope.com and in the Dealerscope Today newsletter to follow on the New Age Summit.

END_OF_DOCUMENT_TOKEN_TO_BE_REPLACED

Fred Towns, New Age Electronics president, spoke to Dealerscope about some fresh approaches that were taken at this year’s New Age Retail Summit, along with discussing new vendors, emerging technologies and the buzz he got from the 100 dealers who were represented at the event July 19 and 20 at the Loews Hollywood Hotel in California.

END_OF_DOCUMENT_TOKEN_TO_BE_REPLACED

At first glance, observers (i.e., family and friends) might think a business trip to Hollywood would be filled with sun and fun.