Launching as a three-part series, The New Age Electronics Outlook brings together New Age Electronics president Fred Towns and industry friends to share their thoughts on the consumer electronics industry and forecast the road ahead for retailers. This article highlights a recent conversation with guest Tiffany Moore, SVP of Political and Industry Affairs for the Consumer Technology Association.

The year is well underway and there’s much speculation as a new administration prepares its agenda. The country continues to rally out of the pandemic as the economy and workforce push forward. The new president must also contend with climate change, a national reckoning on diversity and inclusion, and a divided electorate. With Democrats controlling Congress by a slim margin, many technology challenges remain the same for policymakers.

“With every new election it’s like being dealt a whole new hand,” said Tiffany Moore, SVP for the CTA. “As an industry, we need to know how to play that hand. We have a Democratic president and vice president and we have a Democratic Congress, so the president couldn’t ask for a better playbook when it comes to pushing his agenda. What’s important now is to understand what the priorities are. President Biden was very clear when he campaigned that he’s focused on the crisis at hand.” 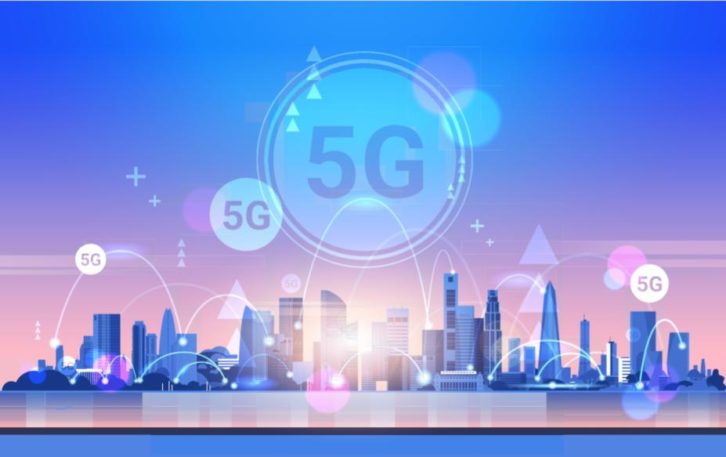 Not surprisingly, President Biden’s top priority is vaccinating Americans against the deadly virus, which has claimed the lives of more than 500,000 in the U.S. He has set a goal to administer at least 100 million COVID-19 vaccine doses in his first 100 days in office and has said there will be enough vaccines by the end of May to inoculate every American.

For the industry and the CTA, that means waiting a bit for his technology agenda. “We’re looking at some of the president’s nominees and how he will fill his cabinet,” said Moore. “From there we’ll get a better sense of his perspective on technology. But for now we’re pleased with how technology continues to play such a prominent and positive role in fighting the pandemic. It’s allowing for remote work, digital health and online education. We know there will be an integral role for us as we recover and revive the U.S. economy.”

Moore also pointed to the president’s experience and relationships as setting the tone. “We’re not starting from scratch,” she said. “We’re dealing with seasoned individuals so things will be a lot more process-oriented. As President Biden fills his cabinet we’re looking forward to having measured conversations about a trade policy that opens up more markets for U.S. businesses. We’re looking forward to hearing from the Biden administration about American workers and the American workforce.”

“We saw some retail opportunities that started to exist at the tail end of last year and it seemed like things were getting better,” he said, “then we got close to the holiday time period—November and December when families and groups were gathering more—and we saw another spike. During that time, retailers were fighting to get their businesses running and trying to provide the goods that many consumers needed or demanded because they were limited in their shopping selections.”In the meantime, according to Fred Towns, president of New Age Electronics, most retailers are anticipating what comes next. For them, he said, the big question is this: When is it going to be the new opening?

Unable to visit stores like a normal year and to enjoy the holiday themes, Towns said consumers were left to search online for availability of the most-sought products. “There was new technology being released,” he said. “Gaming consoles from Microsoft and Sony created incredible demand. With so many people stuck at home—and children and families looking for things to do—the demand for those entertainment devices was incredible.”

It was important to guide retailers as to what might be next, continued Towns. And it was challenging to deliver on all that retailers were seeking from PC products, connected home systems and entertainment devices.

“You had consumers from the elderly to the bleeding-edge adopters looking for something,” Towns said. “It was a year of learning tech. It was a year of consuming information with everyone trying to find out what was happening.”

This past year made it abundantly clear that technology, according to Moore, is no longer just a nice-to-have. “It’s imperative particularly with access to the internet,” said Moore. “If this was 1980 and we were going through all of this, most individuals would not be able to work remotely. We would have no formal schooling for children and we wouldn’t be able to make sure people could get a tele-health check-up.”

That, said Towns, is precisely why there remains a high demand for computers, technology and digital entertainment options. “There has been a huge jump in headphones, portable devices, extended batteries and cellphones,” he said. “Consumers are updating and getting better phones so they can enjoy their content. WiFi is no longer enough. You want WiFi with a mesh network. You want the best optimal signal. And then, coming next will be 5G so people can take their devices wherever they’re going. This is the mindset of the new consumer.”

The economy will see a boost when 5G fosters significant improvements for industrial, automotive, telecom and healthcare industries. President Biden’s $2 trillion infrastructure plan, which promises to include funding for broadband deployment, will be a critical piece of the puzzle. His pledge to revitalize the country’s aging infrastructure and invest in domestic manufacturing were key components of his campaign.

“There are two things that are essential—one is access to spectrum—both licensed and unlicensed,” said Moore. “We need more access to spectrum and that is something that we will be advocating for. None of our devices will work without it.

“Secondly, we need broadband infrastructure—particularly for 5G. We should be hearing from President Biden soon on a big infrastructure package and one of the things we will be advocating for is to make sure broadband is essential. If you’re building roads then make sure you’re putting down fiber because we need that connectivity. No longer is there a communal laptop in the house. Everyone has their own device so broadband is essential.”

Also essential as the country moves forward is a greater focus on diversity and inclusion.

“I am so proud to work with the tech industry,” said Moore. “We may not always get the answers right, but we always show our work.” She noted she is particularly proud of the commitment of tech companies that are focused on diversity and inclusion not only within their own organizations but as part their communities.

Keynote speakers made it clear during the first all-digital CES 2021, that diversity and inclusion were top of mind. “You heard it from almost every one of the CEOs—their commitment to making sure their workforces reflect the talent that the nation offers.”

CTA has been at the forefront for some time. Moore noted that at CES 2019, CTA launched a $10 million fund to invest in venture funds and in women and diverse entrepreneurs. “That is something that we did prior to George Floyd, but now that commitment underscores the places where we can make a difference. That was a moment in time. It was an inflection point to understand what each of us is doing and reinforcing those commitments.”

What’s now and what’s next…

As for where things go from here, it’s clear that many industries may be permanently changed—and for the better. “We have learnings from this pandemic that will stay with us,” Moore said. “We may see a shift in policy that ensures greater access to tele-health and digital health services. The idea that you can work from anywhere will stay with us. More companies are going to embrace that. It will create greater opportunities to access talent that is not necessarily based where a company is located.”

Changes will continue for retailers in the tech world as well. “Every CEO is now looking at their company and asking what is needed from their workforce,” Towns said. “Are they road warriors? Can they work from home? Can it be working from home for a few days a week? And what tools do they need to do their jobs?”

For retailers it means an opportunity to promote and provide the technologies that companies and their workers need. “You will see stuff in the next three to five years that we only dreamed about, but now are a reality,” Towns said.

A new administration means a new technology agenda.  As things start taking shape in Washington, D.C., many technology issues will be front and center for policymakers.  Fred Towns, New Age Electronics President, and Tiffany Moore, Consumer Technology Association SVP for Political and Industry Affairs, provide an outlook into how issues such as connectivity, access to 5G, and diversity will affect consumers and retailers as technology continues to play a crucial role in fighting the pandemic.

New Age Electronics president Fred Towns and Tiffany Moore, SVP of Political and Industry Affairs for CTA discuss their thoughts on the consumer electronics industry and forecast the road ahead for retailers.