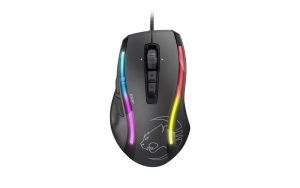 The Kone EMP is the successor to the Kone XTD – the high-powered weapon in your arsenal that’s built on strong foundations. It’s the mouse you can rely on every time and for every game. It takes the basics to perfection, doing everything you’d expect a gaming mouse to do – in an expert way. Engineered using only the highest quality components, its robustness matches its fully-fledged feature set. Boasting leading Owl-Eye optics, vivid illumination, a reduced weight of 116g, superior ergonomics for mid- to large-handed gamers and expanded button functionality, there can be no other. The Kone EMP is truly domination, empowered. 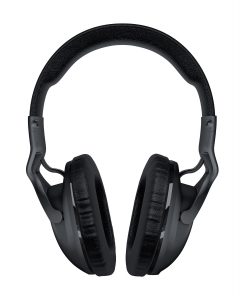 As gamers ourselves, ROCCAT® understands that times have changed and gaming has evolved. Gaming has gone multi-platform and become ubiquitous. Gamers want a refined, fluid experience that they can enjoy everywhere rather than awkwardly swapping between expensive peripherals that are limited to a single device. They want one single headset that replaces all of their other ones – one headset for everything, with nothing else needed. That’s why we developed the Cross specifically for YOU, not your device. The Cross is the multi-platform over-ear stereo gaming headset that’s equally at home on your PC, Mac, PS4 and Xbox One* as it is when you’re on the go with your mobile device. It’s the headset that’s outstanding, everywhere. 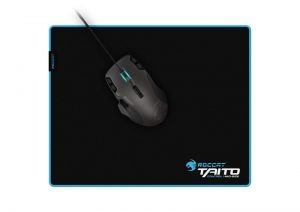 For serious gamers who thrive on a cloth mouse surface with more control, the Taito Control takes your game to the next level. The expertly crafted surface takes the award-winning blueprint of the original Taito and re-develops it with an emphasis on more precise control. Available at a comfortable mid-size of 400 X 320mm and also at a more compact size of 275 X 220mm, the Taito Control features a design focused on extended durability, and represents a high-spec pad that won’t let you down.

The new era in PC gaming has begun. The ROCCAT Sova Gaming Board has finally arrived.

For decades the living room has been the near exclusive domain of console gaming. Millions have enjoyed playing on the couch, experiencing the casual ease of plug-and-play fun that comes with it. While smaller PCs and various streaming technologies have cracked the door slightly over the years, Sova kicks that door wide open.

Truly bridging the gap between desk-and-chair PC gaming and living room play, Sova provides the vital key ingredient every PC gamer has lacked who wants to experience their favorite games from the comfort of a couch or chair via PC, Steam machine, or streaming device.

You already own everything you need to get started – all that’s left to add is the Sova.