SYNNEX Share the Magic was founded in 2011 by Peter Larocque, President, North American Technology Solutions for SYNNEX Corporation. Over the past six years, the initiative has raised more than $6.6 million for Upstate children.

“After six years, SYNNEX Corporation is still proud of how our associates and business partners, along with community organizations and individuals, have united in the spirit of charitable giving to make real change in young lives through four highly deserving charities,” said Larocque. “We intend to raise an impactful amount year after year.”

With the help of SYNNEX Share the Magic in 2016:

SYNNEX Share the Magic is a year-long initiative that raised more than $1.5 million in 2016 through several community events and culminated with a gala in October featuring nationally-acclaimed entertainment and high-dollar silent and live auctions. Community events include the SYNNEX Share the Magic Day at the Greenville Drive, a golf tournament, a guest bartending event at Bubba Annie’s, comedy night at The Greenville Comedy Zone, shopping nights at Monkee’s of the West End, Twill and Muse along with a jewelry showcase at Hale’s Jewelers. SYNNEX Share the Magic has also become a beneficiary of other premier fundraising events in Greenville, including the Bill Haas Charity Classic and the BMW Charity Pro-Am, both presented by SYNNEX Corporation.

SYNNEX, the SYNNEX Logo, and all other SYNNEX company, product and services names and slogans are trademarks or registered trademarks of SYNNEX Corporation. SYNNEX, and the SYNNEX Logo Reg. U.S. Pat. & Tm. Off. Other names and marks are the property of their respective owners. 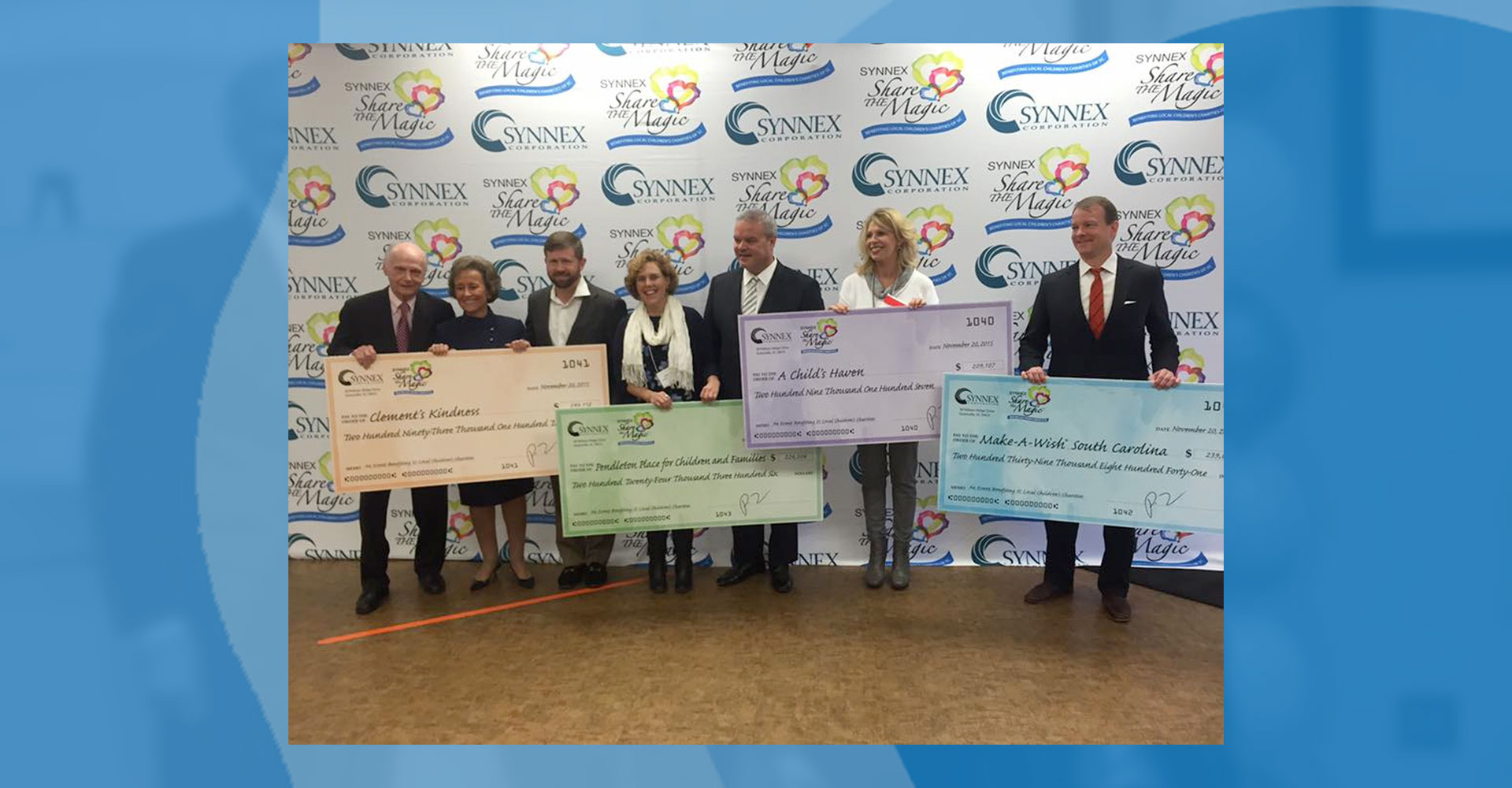 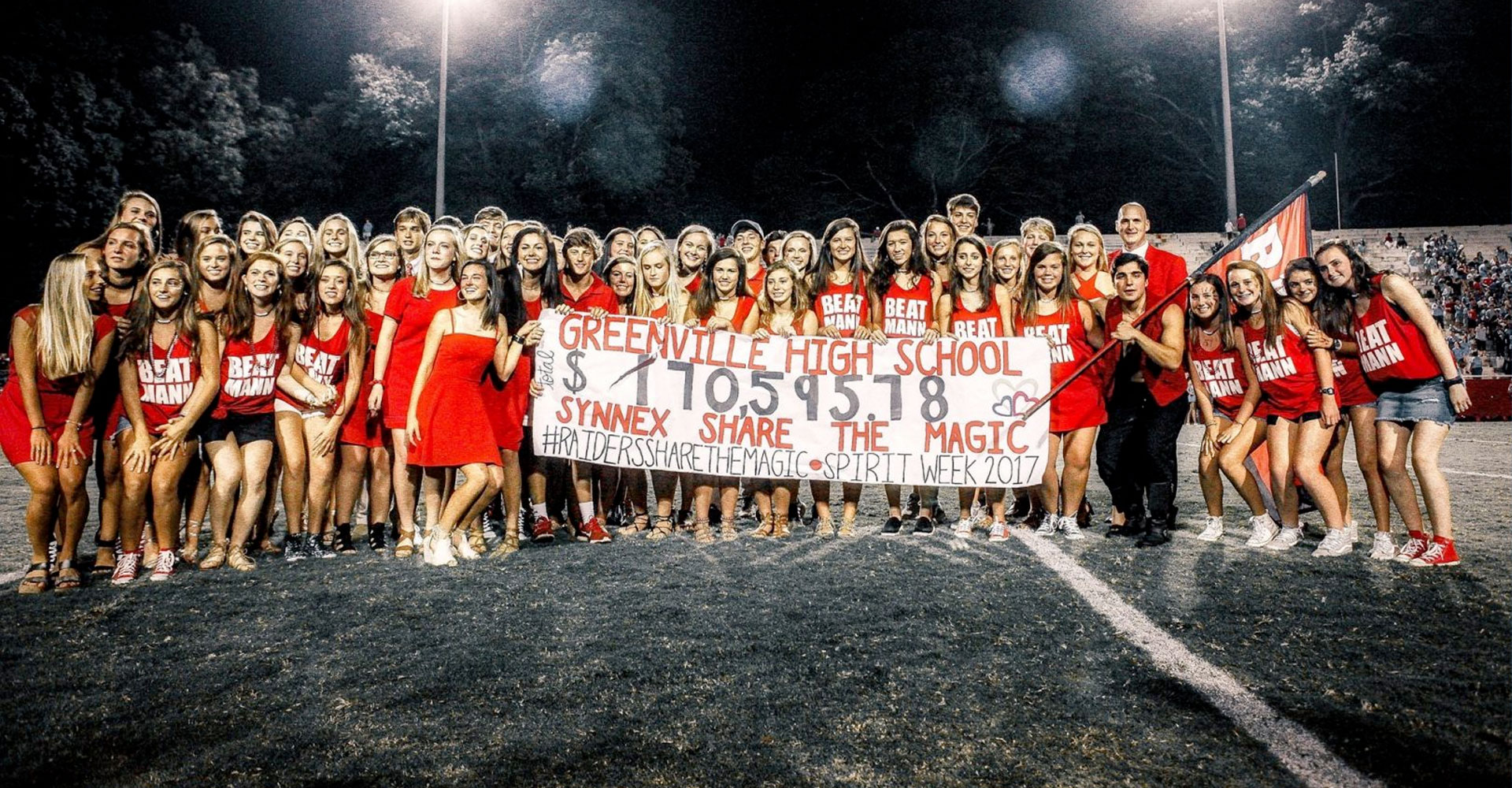 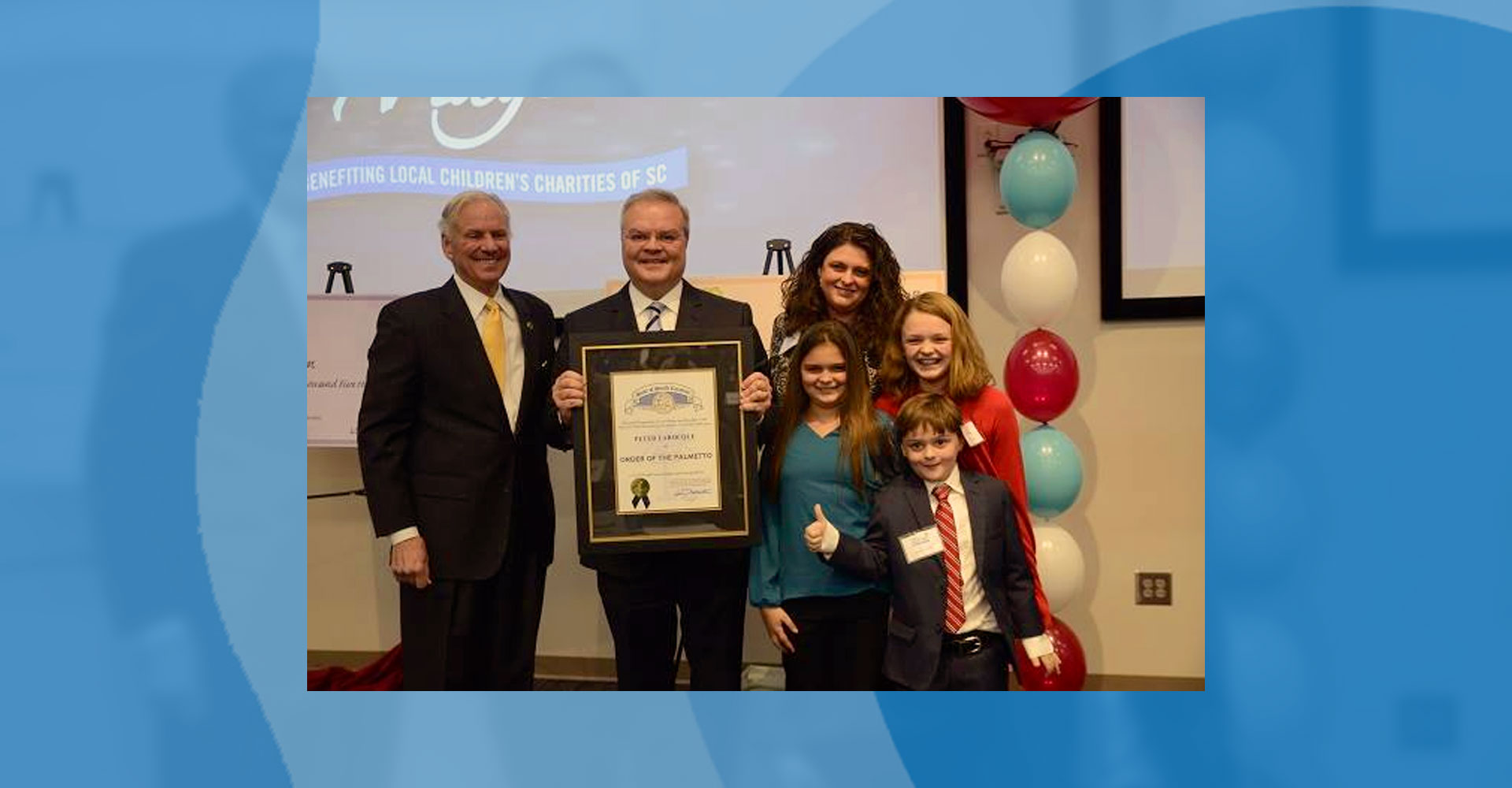 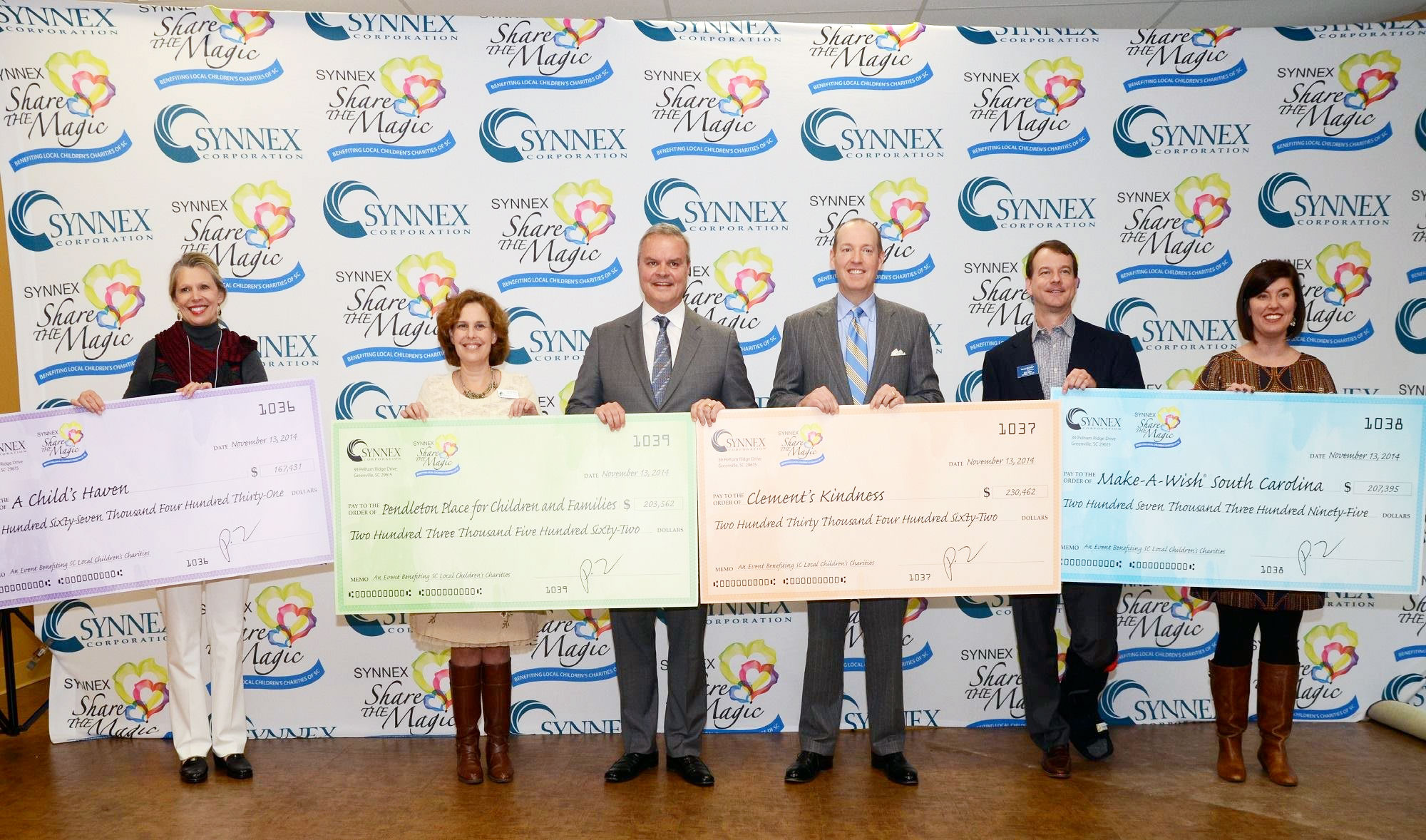