Over the years, SYNNEX has grown from a small, components-only distributor to a leading hybrid distributor with a global footprint. Much of this success comes from our dedicated associates who embody SYNNEX’ guiding principles of visibility, velocity, and value. These principles, along with SYNNEX’ resourcefulness and entrepreneurial culture, are what make our company great.

We’re very proud of SYNNEX’ 40-year history and we’re excited for what comes next! 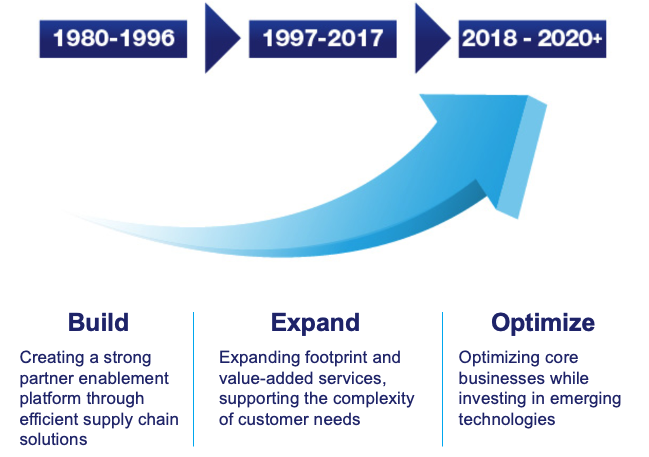